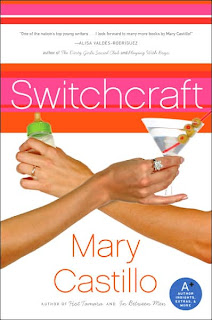 Description:
Best friends since back in the day, Aggy and Nely are as different as two women could possibly be. Aggie's slim, stylish, and owns an upscale boutique and a long history of no-strings relationships. Nely has a busy baby, a metiche mother-in-law, and some extra post-pregnancy pounds she can't quite shed. And when they reconnect at a New Age spa, each friend finds herself wishing just a little that she had the other one's life.
Big mistake!
Thanks to the metaphysical meddling of a somewhat grumpy guru, Nely is now Aggie and Aggie is Nely--switching bodies, love lives, families, closets . . . everything! The grass may not be quite as green as it originally appeared. As luck has it, they'll be stuck this way until the next full moon! And with a husband, his very suspicious mama, a temperamental tot, a business on the brink of disaster, and a sort-of boyfriend--not to mention a sleazy stalker--thrown into the mix, Aggie and Nely suddenly find they're not just walking in each other's shoes . . . they're running!
My Thoughts: I thought this was a cute story. It was fairly predictable and of course made the reader wonder what would happen if you switched places with your best friend. I would recommended it for a light read for sure.