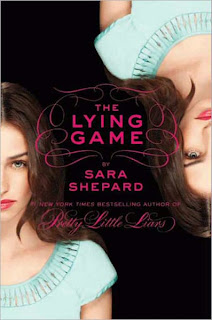 Description:
I had a life anyone would kill for.
Then someone did.
The worst part of being dead is that there’s nothing left to live for. No more kisses. No more secrets. No more gossip. It’s enough to kill a girl all over again. But I’m about to get something no one else does—an encore performance, thanks to Emma, the long-lost twin sister I never even got to meet.
Now Emma’s desperate to know what happened to me. And the only way to figure it out is to be me—to slip into my old life and piece it all together. But can she laugh at inside jokes with my best friends? Convince my boyfriend she’s the girl he fell in love with? Pretend to be a happy, carefree daughter when she hugs my parents good night? And can she keep up the charade, even after she realizes my murderer is watching her every move?
From Sara Shepard, the #1 New York Times bestselling author of the Pretty Little Liars books, comes a riveting new series about secrets, lies, and killer consequences.
Let the lying game begin.
My Thoughts: First let me say that this book was Pretty Little Liars (ish) which makes sense seeing as Sara Shepard wrote this and that series. I actually enjoyed it, it was one of my Young Adult fiction reads. I do hear that there is going to be a television show on ABC Family (yet again) and I don't know how I feel about that. I am hoping that there is at least a second book in this series. Much like my thoughts on Wish (which in a way it was similar to that) it makes you think about what you would do in another's shoes.