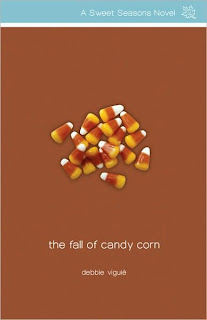 Barnes and Noble's Description:
Written by: Debbie Viguie
Description:
This second book in a series about a teen who lacks self-confidence but matures through jobs at The Holiday Zone amusement park has a premise that's hard to buy and a weak mystery. Candy tries out for the park's Halloween "Scare." Improbably, she ends up playing herself in a re-enactment of an urban legend in which a psycho killer chases her around the park. She does well until she's hurt when someone booby traps her performance space. Other employee areas are targeted, prompting rumors of a ghost. After her mysterious run-in, Candy is reassigned to the candy-corn cart and organizes the park's "Sugar Shock," where children collect candy on Halloween. She makes the event a success and helps catch the saboteurs. These experiences allow her to stand up to a less-than-supportive guidance counselor. The real star of this novel is the Holiday Zone with its many imaginative areas.
My Thoughts: My second ''Sweet Seasons'' book. I really enjoy these. I think a lot of it has to do with the fact that I worked at a theme park for a while (as I stated in the first book The Summer of Cotton Candy). The Fall of Candy Corn did not disappointment...although I do have to say this one definitely had more religious references than the previous...still though it was a quick and easy read. Can't wait to read the third and fourth in the series!
My Grade: A+
Posted by Morgs1499 at 10:20 AM